With the Season of Giving and Sharing, we celebrate are longest and extra-special. It’s a part of the Filipino culture and tradition. Filipinos are known for having close family ties and being super hospitable. Every celebration is always extra-special for them.

Once the calendar hit the “BER” months, Christmas spirit can be heard and felt in just every corner. Christmas carols are being played in the radio, tv commercials and in malls, hotels and restaurants. Christmas lightings and shows are everywhere. Visitors from other countries could only wonder in amazement how locals are able to allot the entire latter third part of the calendar year to celebrating Christmas. That’s Pinoy spirit!

Part of our tradition is to fill our dining tables with bountiful mix of foods, 1) during the “noche Buena” salo-salo, and 2) on special gatherings with friends on several batches… last year I attended more or less 6 Christmas parties! J

And in all these occasions, one particular food is always present… the Christmas HAM, a tradition King Sue Ham &Sausage Co. Inc. understands very well. King sue ham believes in delivering Premium Quality and variety process meats packed with the latest food technology for the consumption of the Filipino family.

King Sue has a wide variety of Premium Christmas Hams that are sure to suit every palate, budget, and preference from the popular Chinese Ham Bone-In, Pina Ham, Sweet Ham, Hawaiian Ham, to its Pear-Shaped Ham. “There’s a ham for everyone regardless of age, gender, and lifestlye. It can also be enjoyed not just during the Christmas season but all year round as well,” says Romana Go, Marketing Manager for King Sue. 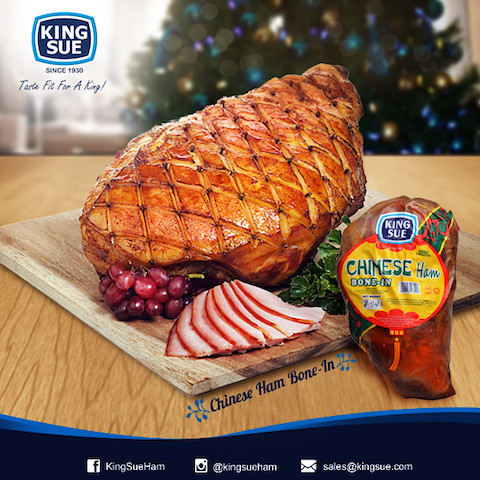 It is no surprise then that Filipinos who wish to make a lasting impression to special people in their lives choose to either serve these during breakfast, lunch, or dinner, and most often give these as gifts during the season.

Indeed, King Sue is a part of Filipino Christmas tradition as the quezo de bola and the various lucky round fruits and its quest to satisfy the Filipino taste and their ever-changing lifestyle will always be at its core values.

If you want to delight your guests with “A Taste Fit for a King,” get a King Sue Ham on your dining tables this Christmas season!!!

For more information about King Sue Hams and this season’s promo, follow them on FB, https://www.facebook.com/KingSueHam/

Its founder, Mr. Cu Un Kay, came to Manila from China as a 12-year-old on board a vessel. Even at a young age, he knew the importance of hard work and was employed as a cook by his uncle who owned a cold storage facility in Echague. There, he met a German who later taught him to manufacture hams and cold cuts. 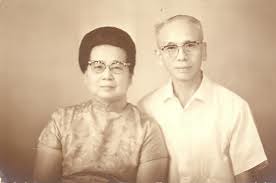 Using this knowledge, Mr. Cu Un Kay started his own business and sought to perfect the meat production process using only aluminum cauldron over three adobe stones. He concentrated on producing hams, especially the Bone-in-Chinese Ham, which his business became known for.

At the end of World War II, the brand “King Sue” was born. “KING”, the family surname, implies royalty and enormity while “SUE”, means small in Fookien. The two names, while seemingly contradicting, actually tells the story of how Mr. Cu Un Kay may have had modest beginnings, but his dreams and ambition are big.