Don Papa Rum, the premium aged rum from the sugar island of Negros Occidental, Philippines, introduces the new set of award-winning designs in its Don Papa Art Canister Series. Composed of the winners in the 2015 Don Papa Art Competition, the Series features the top three artworks being incorporated into the canisters and packaging of Don Papa Rum.

First to be made available this October 2016 is the design by grand prize winner Riel Hilario called “The Spiritual Landscape of Papa Isio.” On its heels are two other award-winning artworks by Barry Cervantes and Anjo Bolarda. 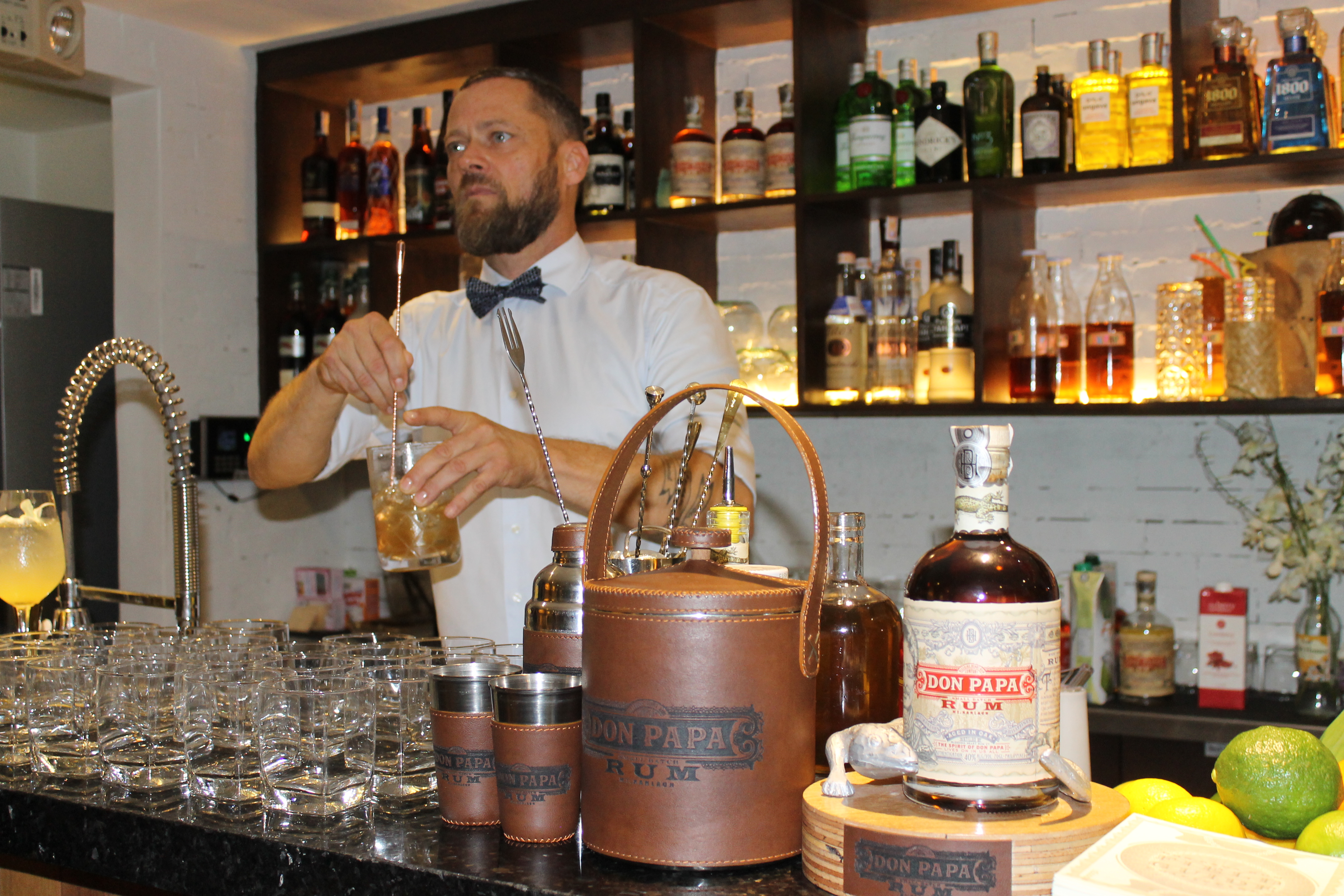 “Don Papa and the Babaylan” is by first runner up winner Barry Cervantes, who also hails from Negros Occidental. The 3ft x 5ft acrylic on canvas painting is his nostalgic tribute to the stories he heard as a child growing up in Valladolid, Negros, about Papa Isio’s revolt against the Spaniards and the myths surrounding Mount Kanlaon. Papa Isio is Dionisio Magbuelas, the leader of the shamanistic babaylanes (priests, philosophers, and healers) who led a revolt in Negros in the 1890s. Mt. Kanlaon is an active volcano towering over the island, and is considered a sacred site by the people of Negros. “The painting depicts the soul of Papa Isio alongside a babaylan crowned with the images of struggle and the braveness of a true revolutionary icon that embodies the strong spirit of Negrosanons and the Babaylanes,” says Cervantes. Other images the artist portrayed in his painting include an erupting Mt. Kanlaon and a “bird that portrays death in a sacrificial way, in exchange for our sweet freedom.” 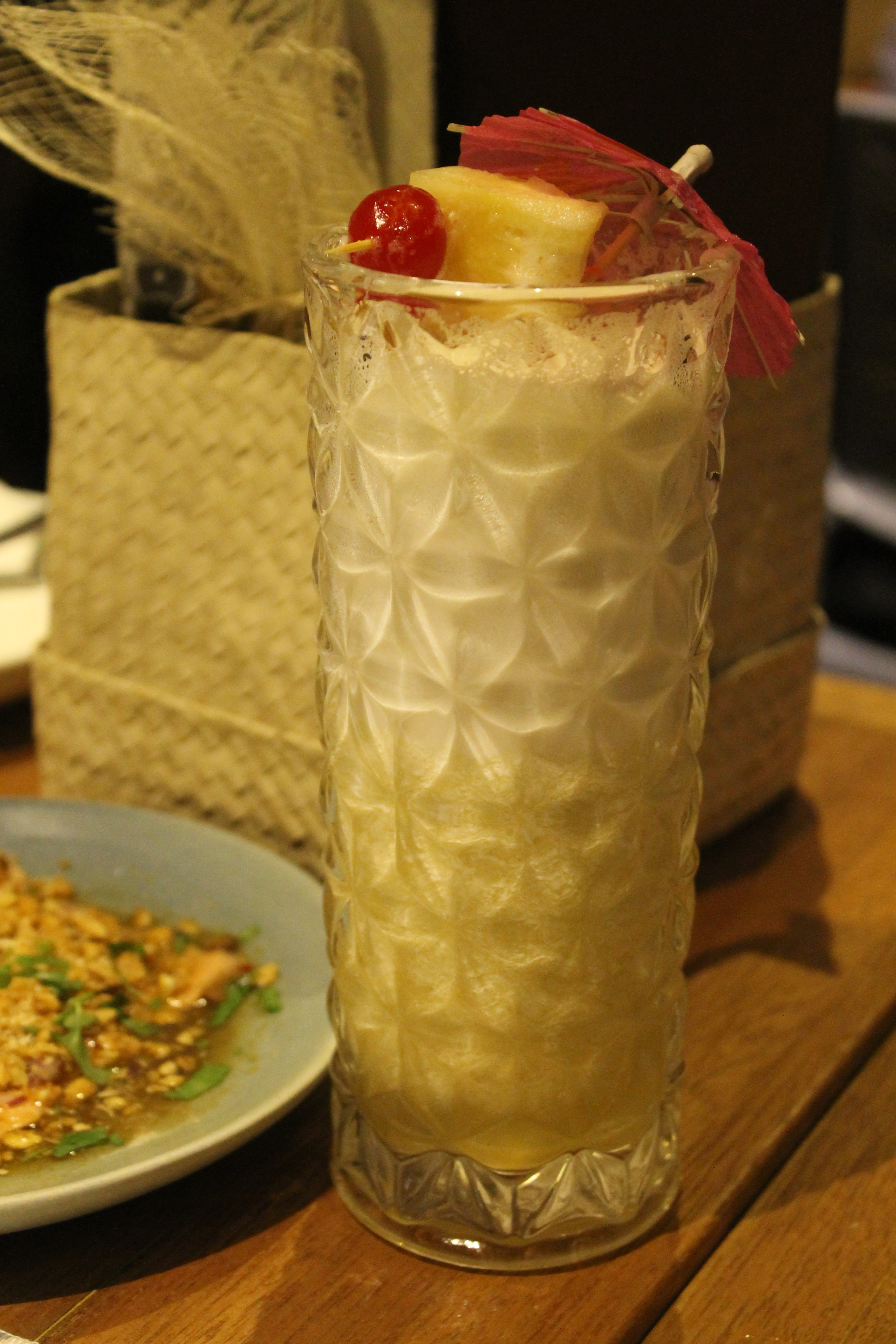 Our version of Dona Collada

And the second runner up is a 2ft x 4ft ink on paper illustration by artist Anjo Bolarda. Inspired by the original packaging of Don Papa Rum, Bolarda chose to hand-draw the design of his “Untitled” piece as a nod to the hard work, meticulous craftsmanship, and the necessary time needed to produce excellent rum. His piece is also an appreciation for the exotic wildlife found in the dense rain forests surrounding Mt. Kanlaon, as well as a message of concern about the environment. “In the illustration you can find, peeking out from behind the stalks of the sugarcane, just some of the animals endangered and endemic to Negros Occidental,” says Bolarda. According to the artist, the animals in the design help localise the brand further, and make the packaging more relevant as it highlights the environmental issues of today.
Don Papa Art Canister Series launches the Riel Hilario Edition in four Don Papa Rum markets: the Philippines, France, Germany, and the Netherlands this October. The two remaining Art Canister Editions will simultaneously be available this November in key retail outlets, such as Rustan’s, SM, S&R, and Ralph’s Wines and Spirits, to name a few. By December 2016, all three artworks will be available in the four world markets.

The second Don Papa Art Competition, launched on September 14 at the Mathilde Cafe along Kalayaan Avenue, Makati, is open to to both independent artists as well as artists represented by galleries. The top 10 finalists will be featured in a special Don Papa Exhibit at the 2017 Art Fair Philippines. The grand prize winning artwork will become the next featured design in the Don Papa Art Canister Series for 2017, while its artist will receive an Artist Residency Sojourn in Florence, Italy. For more inquiries on the second Don Papa Art Competition, please visit the Don Papa Rum Facebook page at www.facebook.com/donpaparum or contact Mr. Dannie Alvarez at join@bleedingheartrum.com (email) or 0915-6888269 (cell).