MANILA, FEBRUARY 2015: A new study released today uncovers the extraordinary lengths Filipinos are willing to go to in order to save fuel and cut their driving costs.

The Shell FuelSave Fact or Fiction Report, which analyses the behaviour of 1,000 Filipino drivers aged 18 to 40, reveals that while 92% see being fuel efficient as important, but 75% admit they don’t know how. 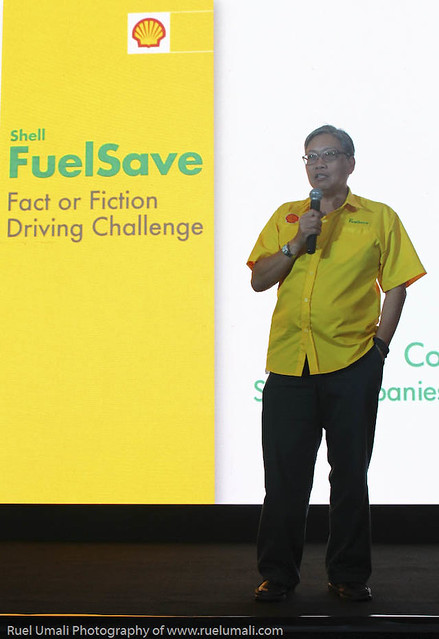 What’s even interesting, more than half (53%) of the drivers surveyed say they feel anxious trying to decide how best to save fuel, leading many to believe in a collection of absurd fuel saving myths. The research shows 80% of drivers believe warming up their engine before setting off will make them more fuel efficient, while 57% think filling up at night does the same trick. Shockingly, nearly half (45%) even believe ‘burping’ their cars to release air pockets in the tank will help them save fuel. Unfortunately for the majority of the Philippines’ driving population, none of these fuel efficiency myth help in reducing fuel costs.

Commenting on the findings, Anthony Lawrence Yam, Vice President for Retail of Pilipinas Shell, says: “The Shell FuelSave Fact or Fiction Report shows just how important saving fuel has become to motorists, along with the incredible ways they try to be more fuel efficient. Some of the beliefs revealed through the study were actually wasting fuel rather than helping to conserve it.”

To help sort fact from fiction, Shell is out to turn the nation’s myth-followers into fuel efficiency pros – both through using fuels like Shell FuelSave that are scientifically designed to last longer and by demonstrating more effective ways to drive smartly. 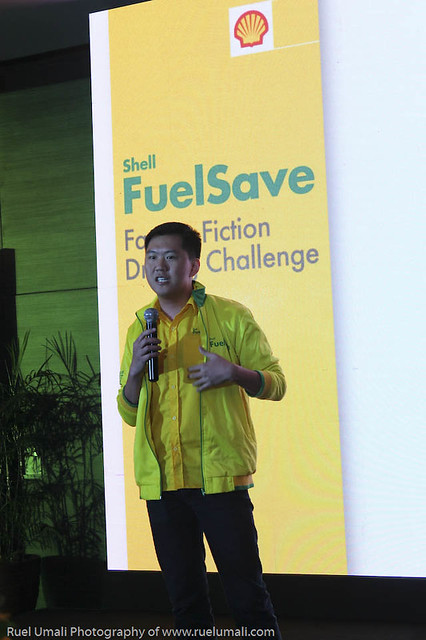 Drivers are looking to both scientists and engineers (79%) to help them save fuel and energy in the future, and Shell is calling on the next generation of Philippine science and engineering talent to lead the way. Five students from various universities competing in Shell Eco-marathon Asia 2015 teamed up with Bianca Gonzalez, crowned the Shell FuelSave Celebrity Driver of the Year in Shell Eco-marathon 2014, and went head to head with select media from the motoring and lifestyle beats to test the nation’s most-believed fuel saving myths and reveal the truth about fuel efficiency with a Fact or Fiction Driving Challenge on February 11. The complete Shell FuelSave Fact or Fiction Report was revealed in conjunction with the culmination of this event after the day’s drive full of pit stop challenges from the city of Manila north bound to Clark, Pampanga.

This test took place before the students compete against more than 150 teams from Asia and the Middle East in the world’s biggest fuel efficiency competition to be held on its second year in the country. Shell Eco-marathon challenges student teams to design, build and test ultra-energy efficient vehicles of tomorrow. 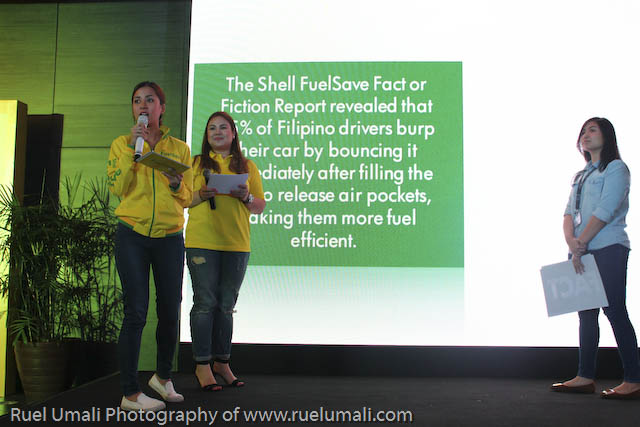 Bianca Gonzalez says: “As young Filipino scientists and engineers prepare to compete at Shell Eco-marathon, I want to help Shell inspire all motorists to learn how to drive more fuel efficiently. Is switching off your engine in stationary traffic more effective than keeping it running? Does a warm engine equal a more efficient engine? And can a car really burp? These are the questions that we will be aiming to answer.”

The Shell FuelSave Fact or Fiction Report also reveals that the confusion on the road is in stark contrast to what goes on inside the nation’s homes, where Filipinos conserve energy by limiting their electrical use but not their fuel consumption. Indeed, while 88% of people say they frequently turn off the lights to save energy when leaving the house, only 4 in 10 (42%) will frequently remove excess weight from their boot or backseat to make their vehicle lighter and effectively helping drivers to save on fuel.

To learn more about Shell Eco-marathon and discover top tips on how to make your fuel last longer, visit www.shell.com.ph/fuelsave.