It is always a priority to save our planet and by doing that we can contribute on our own effort to preserve the next generation for our children, lets do our part to fight marine pollution.

Please see more on the details:

The health of our sea hangs in the balance not just because of overfishing, unsustainable fishing practices, and the intensifying impacts of climate change. Marine pollution also poses substantial harm to our seas. 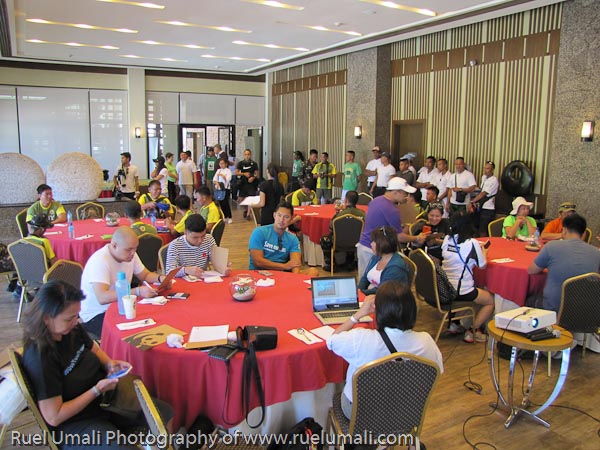 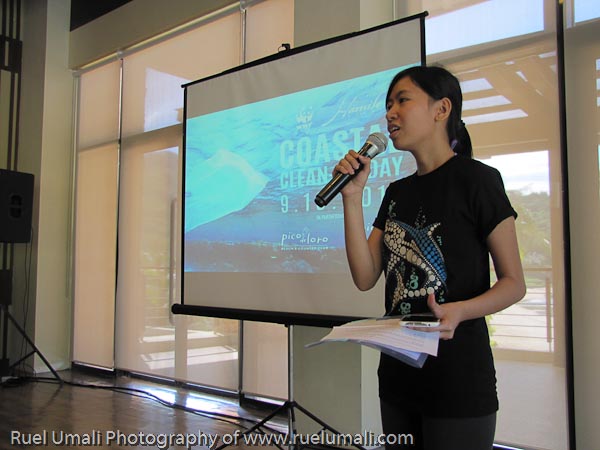 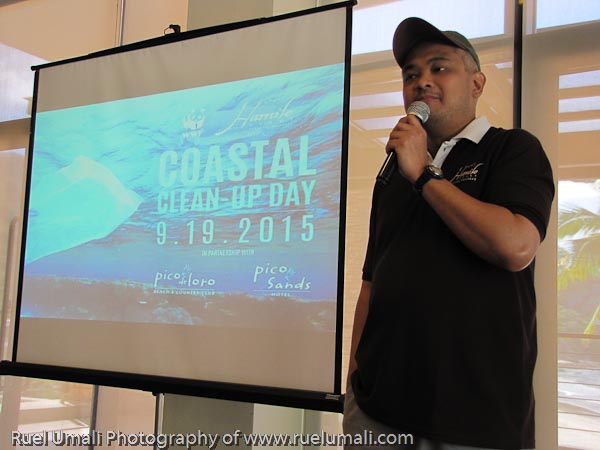 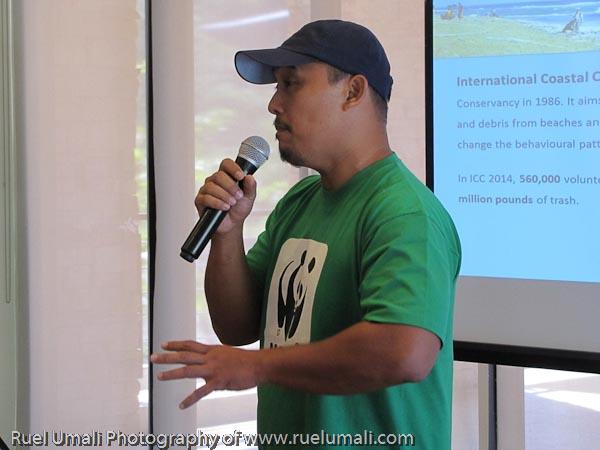 About 80% of marine pollution comes from human activities on land. Garbage smothers coral reefs, and are sometimes mistaken for food by marine life. High concentrations of plastics bottles may block the breathing passages and stomachs of many large marine species like sharks and whales. Globally, the Philippines ranks third nation with the most ocean plastic pollution. Top environmental solutions provider World Wide Fund for the nature (WWF-Philippines) and premier sustainable beach resort community, Hamilo Coast, believe that Filipino can help minimize threats to our seas by managing their waste property. 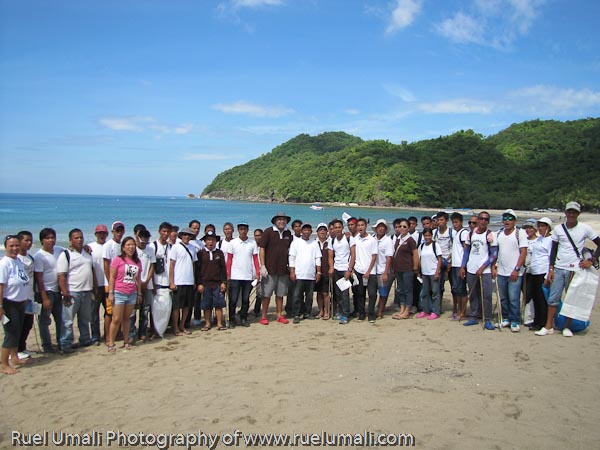 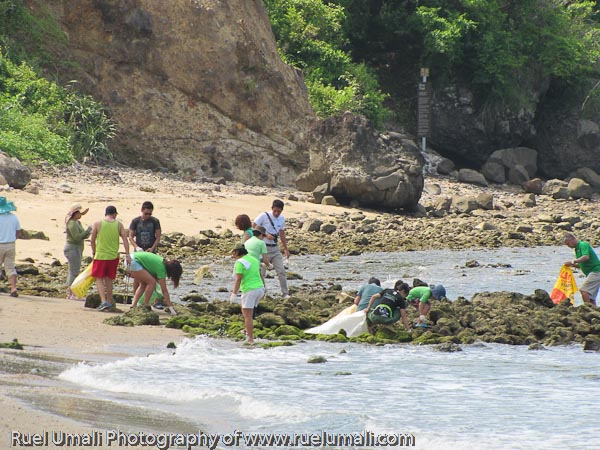 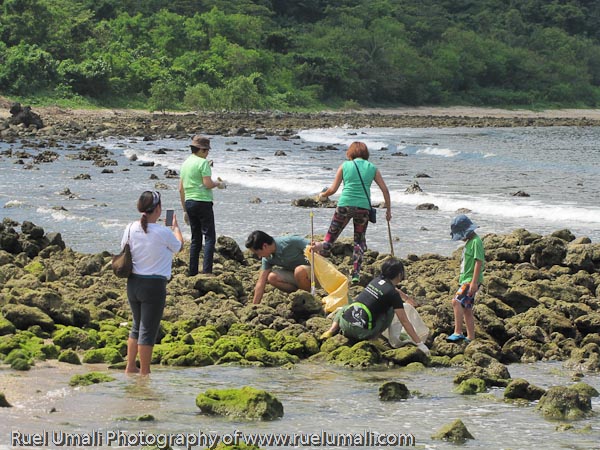 As the world marked the 30th anniversary of the International Coastal Clean-up on Saturday, September 19, WWF-Philippines and Hamilo Coast partnered to inspire Filipinos to turn the tide on marine pollution by holding a shote and dive clean-up in three of its coves – Pico de Loro Cove, Papaya and Santelmo Cove. Members and employee volunteers from Pico de Loro Beach &b Country Club and Pico Sands Hotel also supported the activities. 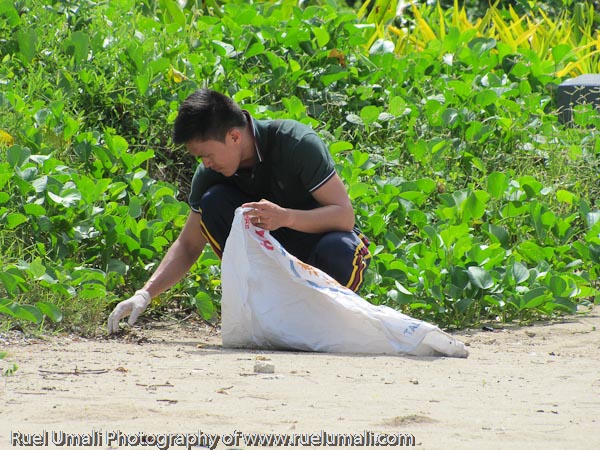 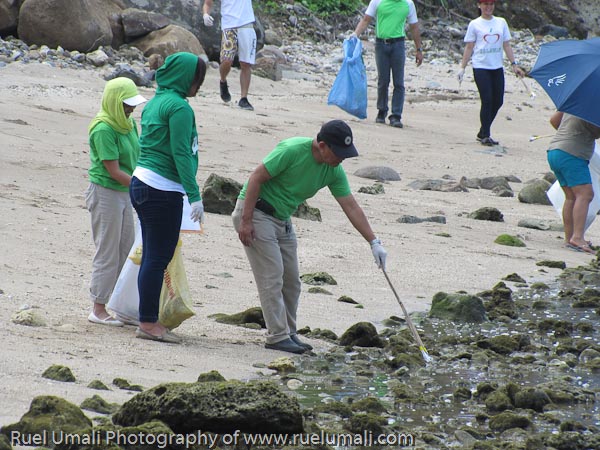 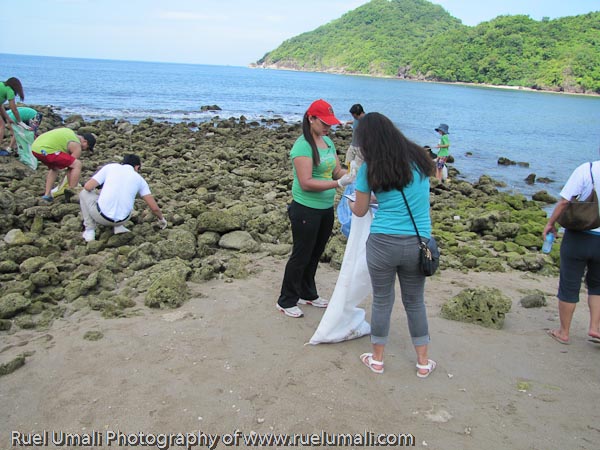 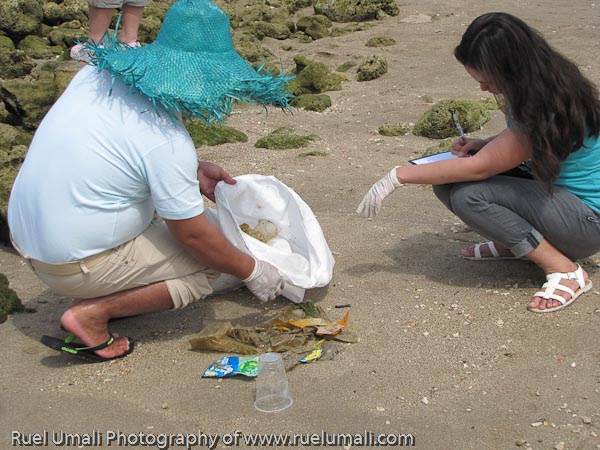 The International Coastal Clean-up Day is an annual movement started by US-based Ocean Conservancy in 1986. In last year’s ICC activities, more than 560,000 volunteers around the world gathered 16 million pounds of trash. Top items collected were cigarette butts, plastic food wrappers, plastic beverages bottle, plastic bottle caps, and plastic bags. However, this figure is only a fraction of the staggering amount of uncollected garbage. 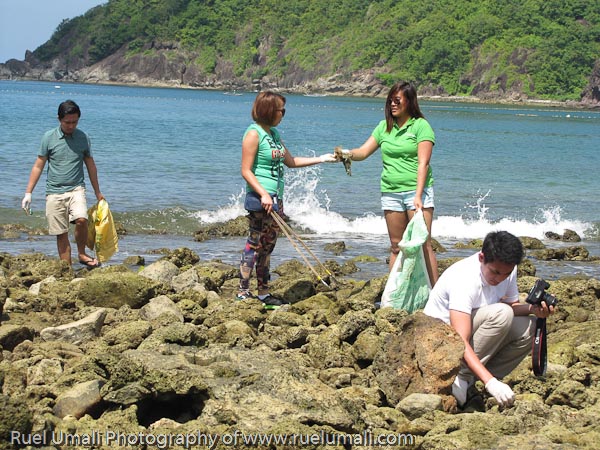 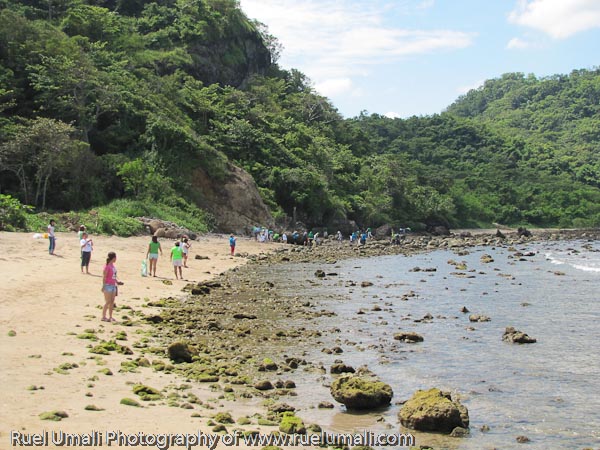 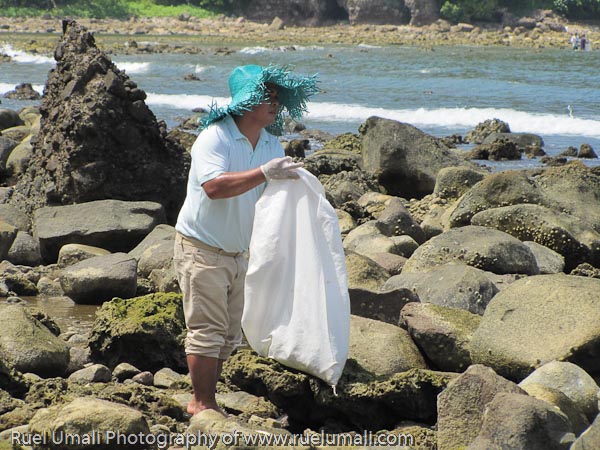 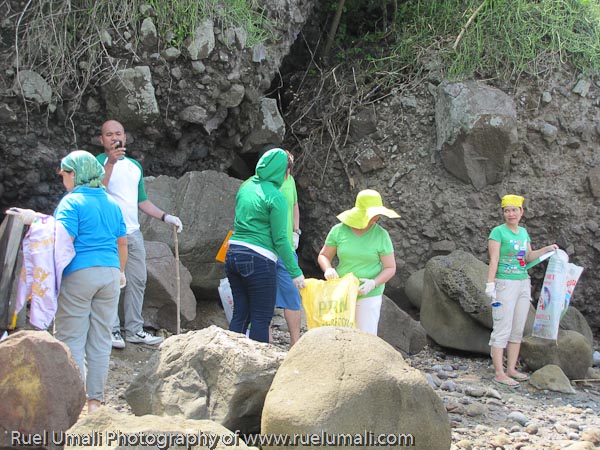 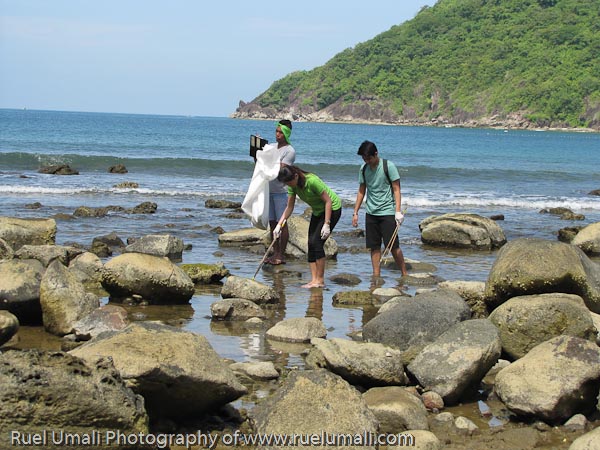 “With at least 60 percent of the world’s population living within 100 kilometers of the coast and the global population growing, marine pollution from land-based activities is likely to worsen. Given the transboundary nature of marine pollution, protection of our ocean from land-based activities requires urgent international cooperation,” said the study. Filipino can adopt simple and practical ways for trash-freeseas, such as minimizing the use of disposable plastic products. 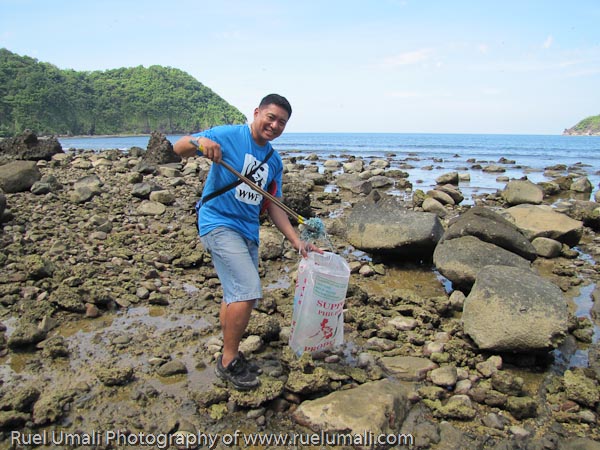 “Every year, half a billion to a trillion pieces of plastic bags are consumed worldwide. Sometimes, these bags end up not in our landfills but in our waterways and eventually, in our seas,” adds WWF-Philippines President & CEO Joel Palma. Plastic bags do not biodegrade. Instead, they photo-degrade and break down into smaller and more toxic particles that contaminate both water and soil. The danger is real and alarming: in a planet where everything is connected, these chemical enter the food system to eventually poison humans. Curbing our over-reliance on plastic bags minimizes this threat. 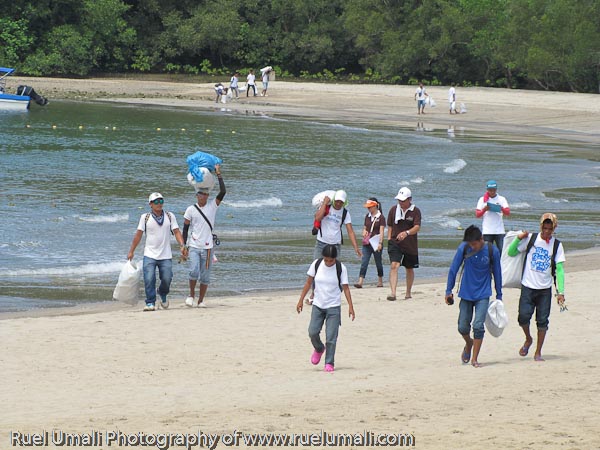 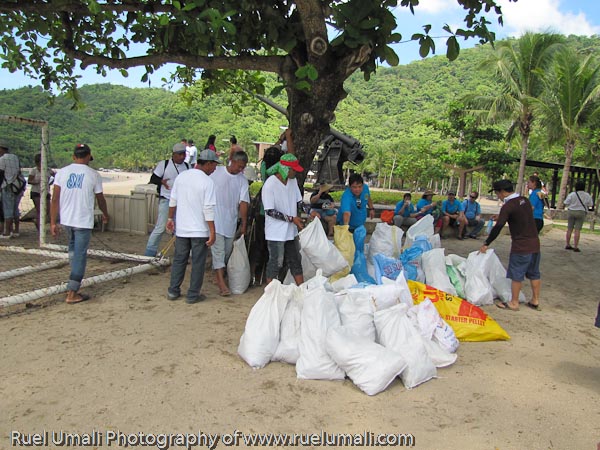 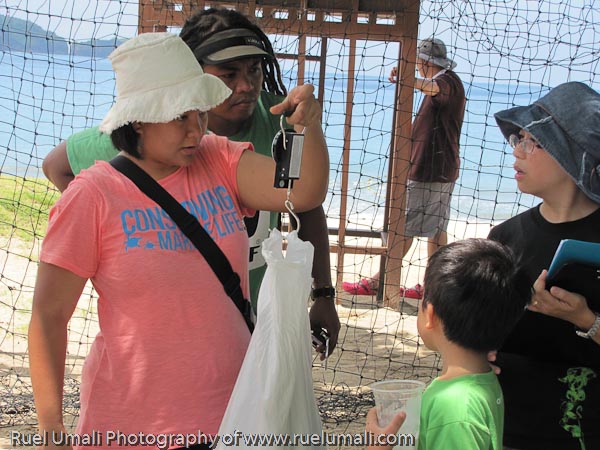 Proper waste management is also a priority in Hamilo Coast. “We are located fight at the mouth of the Verde Island Passage, which boasts of an incredible array of marine biodiversity. We are committed to make sustainability a priority in our masterplan and development. We have waste-water treatment plants to ensure we do not contaminate these waters,” says Hamilo Coast Senior Vice-President for Operations Rona Torres-Tan.